Canada’s tar sands are the biggest energy project in the world, currently producing 1.9 million barrels of oil a day. Largely located in Alberta, the tar sands deposits are distributed over an area of 140,000 km² – an area larger than England. Canada has the third largest oil reserves in the world, after Saudi Arabia and Venezuela, and is the biggest supplier of oil to the US, the world’s largest oil consumer. Tar sands deposits also exist outside of Canada.

Already, millions of barrels of tar sands oil have been extracted from under the Canadian wilderness, producing three to four times more greenhouse gas emissions than conventional oil extraction and using enough natural gas every day to heat three million Canadian homes. Add to this the mass deforestation the project is causing and it becomes clear that the tar sands must be shut down if we are serious about tackling disastrous climate change. In fact, leading climate scientist James Hansen has stated that runaway climate change will be inevitable if tar sands extraction is allowed to continue as planned. Unsurprisingly, tar sands development has been labelled “the Most Destructive Project on Earth“. More climate facts »

Although very little tar sands oil is currently flowing through UK petrol pumps, large amounts of investment are coming from UK banks and corporations. Shell is already heavily involved, and BP has recently announced its entry into tar sands extraction via the Sunrise project. The Royal Bank of Scotland is the world’s 7th largest investor, using taxpayers’ money to fund climate disaster. HSBC and Barclays are also major financiers. Under the direction of BP, Shell and the Canadian government, the UK government is currently stalling climate legislation that would discourage the import of tar sands oil to the EU. Meanwhile, refining company Valero is already planning how it will bring tar sands oil to the UK. 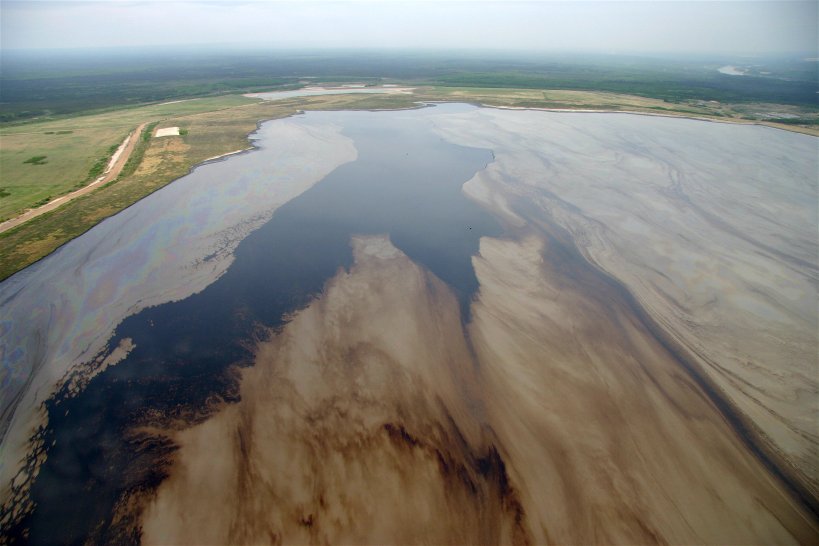 On our resources page we outline the detailed briefings we have produced on:

Find out how we can stop the tar sands.