BP’s brand is all over the Olympics and Paralympics. It is ‘Sustainability Partner’. It is bankrolling educational and cultural initiatives. It is providing fuel for the Games, and sponsoring many athletes – including some in Team GB and Team USA.

But BP is one of the most unsustainable companies on the planet. Its true values – putting profit before people’s lives and a stable climate – are in direct contradiction with those espoused by the Olympics. That’s why it is spending so much money on sponsorship this year: the Olympics are the perfect vehicle for BP to rebuild its shattered reputation and try to convince the public that it is a good corporate citizen, playing an important social and environmental role.

Of course, it isn’t. It is entirely focused on extracting every last fossil fuel it can get its hands on – including tar sands, fracking, deepwater drilling and the Arctic. Oh, and it recently closed down its solar division, giving up on this essential renewable technology, because it just wasn’t profitable enough.

By allowing BP to associate itself so closely with such a potent feelgood factor, the Olympics are encouraging some of the most outrageous greenwash we’ve ever seen. BP should not be allowed to sponsor the Olympics, nor the cultural events that surround it.

The London 2012 Games pride themselves on being the “greenest games in modern times”. Much effort is apparently being made to minimise greenhouse gas emissions, reduce waste, and protect wildlife, as well as to educate the public in sustainable practices.

Sponsorship is central to the London 2012 Sustainability Plan, with the Sustainability Partners instructed to “inspire a step change in the way sustainability is perceived and delivered. While the specific focus of this will be on the Games, the intended legacy of behaviour change is much wider.” In principle this could achieve some success, but the choice of partners shows that money rather than environmental ambition dominates the agenda. Of the six Sustainability Partners – BP, BMW, BT, Cisco, EDF and GE – four are involved in energy, oil and automobiles, some of the industries most at odds with the idea of reducing human impact on the environment.

Arguably, putting such corporations at the helm of the sustainability agenda does not just slow progress towards environmental goals, it reverses it. The corporate co-option of the term ‘sustainable development’ means that companies can both continue to exploit the environment while appearing green, and also dictate how governments and society will envisage solutions to environmental problems.

The business-friendly assumption that sustainability can be achieved through technological and market solutions alone could not be made clearer by BP’s priorities as Sustainability Partner. Promoting biofuels and carbon offsets, it ignores what many see as the only genuinely sustainable solutions: radical political and social reform, an end to infinite economic growth and massive reductions in consumption.

BP has the responsibility of providing fuel for more than 5,000 official Olympic vehicles, but its choice of fuel has been embroiled in controversy. Billboards across London depict British Paralympian Stef Reid sprinting through a field of energy crops, under the banner: “Providing advanced biofuels for London 2012.” At first glance, this looks remarkable. While ‘first generation’ biofuels rely on growing new crops to create fuel, and have gained a bad reputation for fuelling climate change, displacing local people and causing food prices to skyrocket, ‘advanced’ or ‘second generation’ biofuels create fuel out of waste or by-products, and could be better for the environment, though they can currently only be produced on a small scale.

A closer look at BP’s claims here reveal that over 99% of the fleet will in fact be using conventional fossil fuel. Furthermore, of BP’s three advanced biofuel projects, two should really be considered ‘first generation’ rather than ‘advanced’.

But looking at the bigger picture, extensive research has concluded that advanced biofuels cannot be produced on a large enough scale to meet the world’s current level of oil consumption. To ultimately address the twin problems of peak oil and climate change, overall use of liquid fuel must be reduced. This clearly would devastate BP’s entire business, not to mention the wealthy, politicised oil industry. So unsurprisingly, these more effective visions of sustainability remain largely uncommunicated to the general public, while BP’s colourful ads continue to adorn the nation’s billboards, newspapers and petrol stations.

One of BP’s most touted attempts to promote sustainability is the record-smashing “Target Neutral” project, aimed at reducing the travel emissions of visitors to the games. BP’s website claims that “Target Neutral helps us Reduce, Replace and Neutralise the elements of our driving that create CO2 emissions”. ‘Reduce’ encourages people to reduce their car journeys and choose public transport where possible, ‘Replace’ encourages customers to buy cars with small engines and to use more efficient fuels, and ‘Neutralise’ refers to offsetting. The first two elements have received little publicity, with BP’s advertising centring on the sexy idea that no change to our behaviour is needed because offsetting eliminates carbon emissions. A funny analysis of Target Neutral is here.

Yet not only is carbon offsetting notoriously unsuccessful as a tactic for reducing carbon emissions, it creates many more problems than it solves. As The Carbon Neutral Myth explains, “instead of encouraging individuals and institutions to profoundly change consumption patterns as well as social, economic and political structures, we are being asked to believe that paying a little extra for certain goods and services is sufficient.” Loopholes in regulation have allowed companies to rake in substantial profits, while overall emissions remain relatively unchanged and local communities suffer devastating impacts.

If you’re still not convinced, this video might help:

BP as Premier Partner of the Cultural Olympiad

BP’s heavy involvement in the Cultural Olympiad is no surprise given the company has already carved out a name for itself as a dedicated sponsor of the arts in UK. According to Director of BP UK Arts & Culture, Des Violaris, sponsorship of the arts has “become part of our DNA now.”

By supporting the Cultural Olympiad, BP is able to not only strengthen its existing relationships with the Tate, Royal Opera House, British Museum and other London venues, but also to transcend its London-centricity and host events all around the UK, including at the Aberdeen Art Gallery, Royal Shakespeare Theatre in Stratford-upon-Avon and Newcastle Theatre Royal. And, set within the Olympic hype, especially those events that take place during the London 2012 Festival, BP is able to maximise its exposure as a supporter of the oft-underfunded arts. 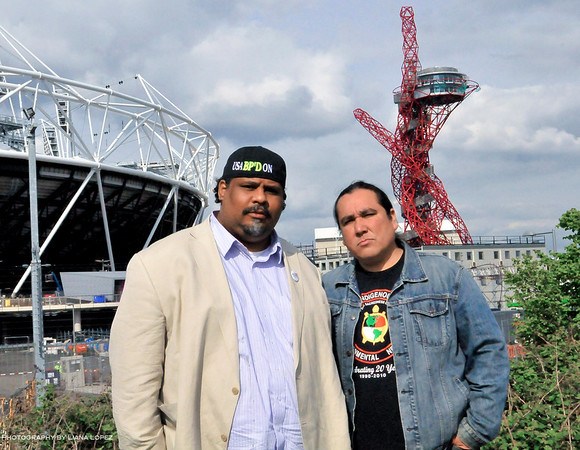