Last week we attended the Shell AGM in The Hague with two powerful Indigenous women. Eriel Deranger and Mae Hank came all the way from North America to communicate their communities’ concerns about Shell’s plans to ruin their traditional territories through tar sands mining and Arctic drilling. The trip was a great success, made possible by the Indiegogo fundraising campaign. Eriel’s verdict was “it feels like they’re finally starting to take notice”. Read the full story here, and a huge thank you to everyone who contributed! 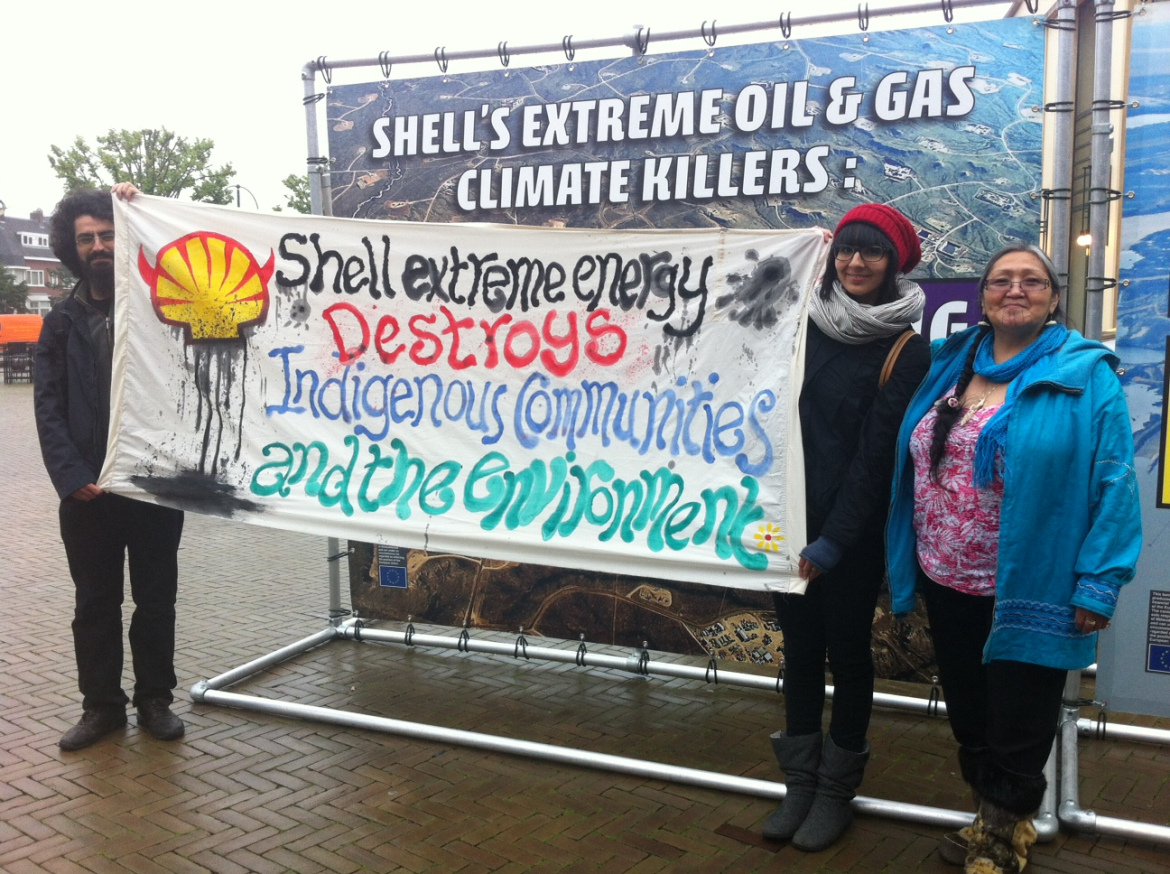 We also went along to Shell’s shareholder meeting in London a couple of days later, where we confronted the company over its shameless lobbying against the EU’s Fuel Quality Directive. Shell’s answers were unsatisfactory, as usual.

There’s no rest for the wicked – we’re very excited to announce that Canadian Prime Minister Stephen Harper is visiting London next month! It’s not very often that we get to directly confront probably the most ruthless driver of the tar sands industry. There will be a protest that day – 13th June – and we’ll be in touch soon with further details. If you want to be involved, drop us an email.

Three more events for your diary:

Finally, we were amazed by all the donations that came in after the request in our last newsletter. Thank you to all of you who make it possible for us to do this vital work speaking truth to power. If you haven’t had a chance but still want to, it’s never too late to donate!