Over a hundred people from indigenous communities across the globe and the climate movement from Europe gathered for a peaceful protest outside the headquarters of energy corporation Total. The Canadian government’s on-going commitment to tar sands expansion is incompatible with Prime Minister Trudeau’s promise at the Paris Climate talks to restrict planetary warming to just 1.5 Celsius warming. The extraction of highly polluting tar sands on indigenous lands continue to expand at a rapid rate. Despite that, Indigenous Rights continue to be on the chopping block of the Paris Climate Accord.

Despite the state of emergency since the November 13th Paris attacks, the protest went ahead with Indigenous Peoples delivering testimonies from the Alberta Tar Sands, Arctic and South Pacific.

“We are seeing the climate negotiations in Paris being derailed by the agenda of energy corporations that want to continue to extract highly polluting fossil fuels from the lands of Indigenous communities. Despite that, we are seeing catastrophic impacts on the climate and communities,” said Suzanne Dhaliwal, director of the UK Tar Sands Network. “We are seeing the drastic increase of tar sands imports into the EU with 71 new refineries planned to open. This makes no sense for the economy, communities or the climate. People in Europe will continue to stand with frontline communities whatever the outcome of COP21 to stop the expansion of tar sands to global markets. 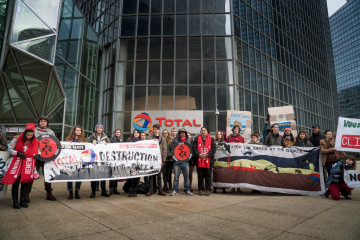 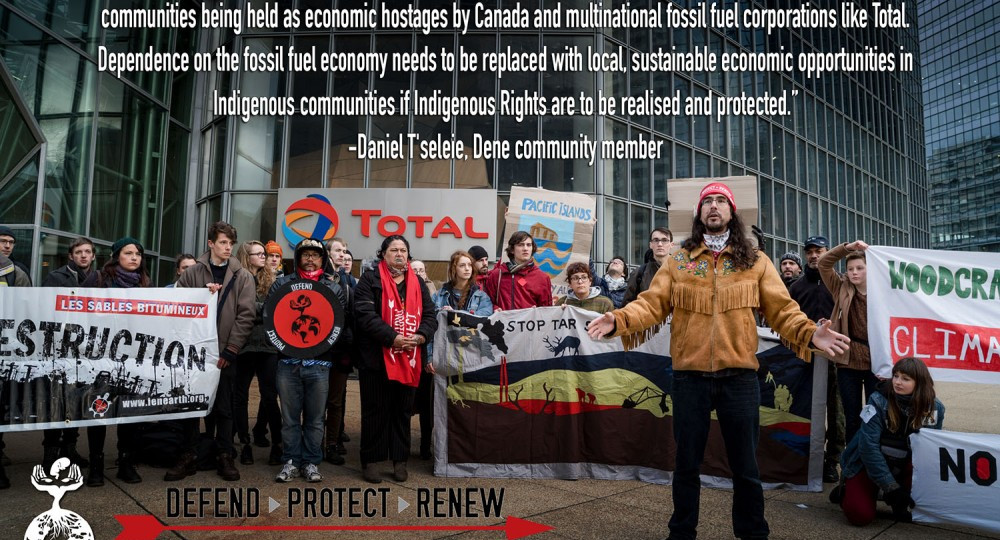