Today we want to acknowledge the many Indigenous communities living on the frontline of the tar sands industry who continue to fight hard to protect Mother Earth, despite incredibly difficult circumstances. We particularly want to send our solidarity and support to the Athabasca Chipewyan First Nation (ACFN).

As you can see from this film, being located downstream from tar sands operations means the water and air pollution is causing a great deal of sickness and fear in the community of Fort Chipewyan. ACFN’s traditional subsistence lifestyle is getting harder and harder to maintain as the industry encroaches and spews toxins into their environment. Shockingly, the community’s legal ability to challenge these negative effects, or prevent new tar sands mines on their territory, is very limited. And as the majority of jobs available in the area are related to the tar sands industry, many in the community also have to deal with painful conflicts of interest.

For a year and half now we have been offering our support to ACFN to elevate their struggle against both existing and new tar sands mines in the region. In 2011 ACFN filed a case against Shell for violations of previous agreements that have been causing damage to the community for over fifty years. ACFN has in the last year also been working hard to prevent Shell constructing two huge new open pit mines on their traditional territory. Recently, the community participated in the drawn-out process of giving evidence to a panel of federal and provincial officials deciding whether to approve one of Shell’s massive proposed new projects, the Jackpine Mine expansion. 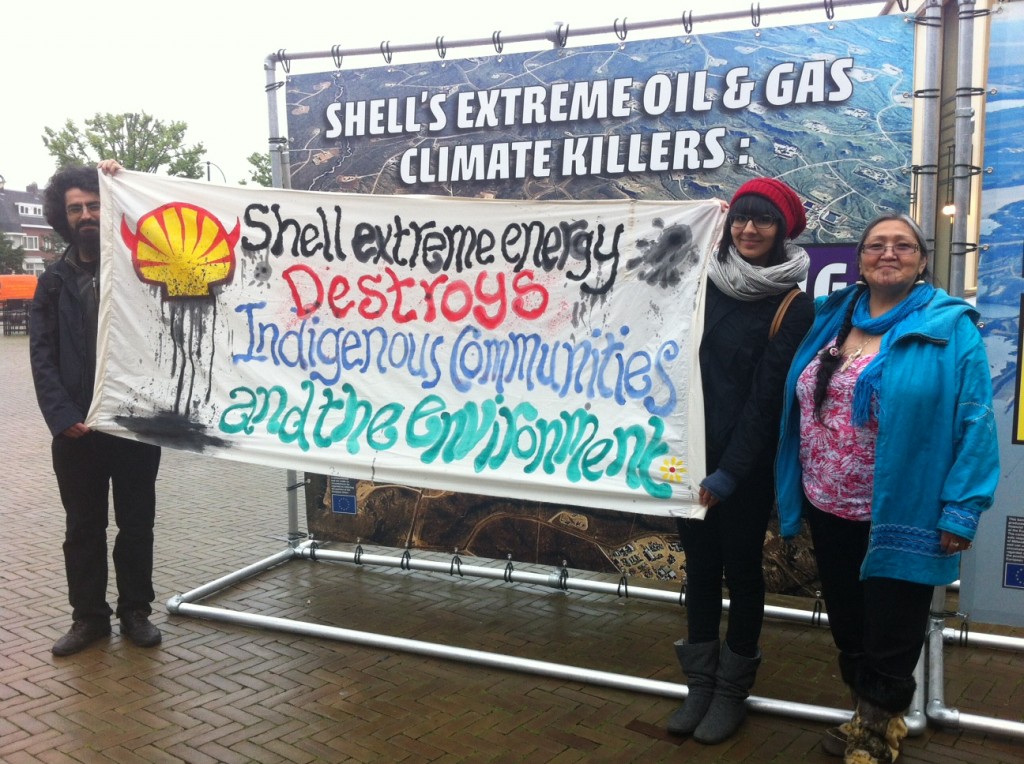 Eriel Deranger from ACFN and Mae Hank from the Arctic oppose Shell’s ‘extreme energy’ agenda outside the company’s AGM in May. Photo by Suzanne Dhaliwal.

ACFN tried hard to get the panel to hear their case for a constitutional objection to the project – that the cumulative impacts of tar sands projects in the area, including the proposed mine, would be against their constitutionally-enshrined treaty rights to use the land for traditional purposes, including hunting, fishing, gathering medicines and enjoying traditional cultural practices. The panel refused to allow the constitutional objection to be heard, which effectively denied ACFN their most powerful argument for why this new mine should not be built.

After having heard evidence from both sides for months, the panel decided last week to recommend the Jackpine Mine project for approval. This was crushing news for ACFN. The panel’s decision acknowledged that the project, along with others in the area, would contribute to cumulative irreversible impacts on the land, the ecosystem, local species and Aboriginal traditions, rights, and culture. This is a rare admission by an official body of the (obvious) fact that each tar sands project cannot just be analysed individually, but that over time the huge number of tar sands projects operating in the region are having cumulative impacts on the land and people that live there. Despite this recognition, only non-binding recommendations were given to Shell for how the project should go ahead. 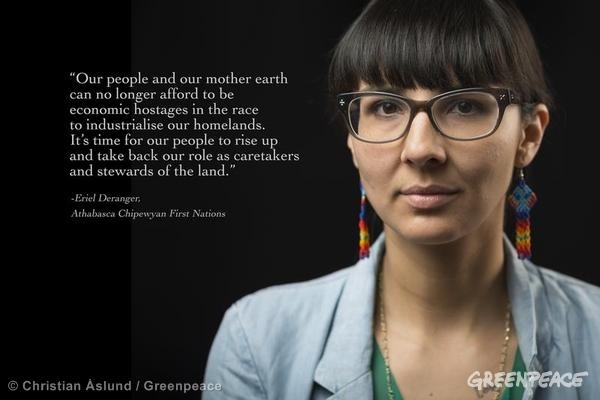 ACFN released a statement reacting to the news, in which spokesperson Eriel Deranger explained: “It is very concerning that the project lacks adequate mitigation and will contribute to additional adverse impacts in an already devastated region. Our people are already feeling the impacts of current projects in the tar sands and it’s time we saw real change. As Denesuline people, it is our responsibility to protect our lands, our rights, and all that Mother Earth provides for our people and regardless of this decision we will continue do just that.”

The panel’s judgement is only a recommendation, and the mine must still be formally approved by the Alberta and Canadian governments before construction begins. But in the meantime, communities on the frontline of oil extraction continue to feel the industry’s destructive side effects on a daily basis. Over a dozen ‘accidents’ have taken place in the last few months, from the pipeline spill in Mayflower, Arkansas, to the industrial wastewater spill in Alberta, to the Lac Megantic oil train explosion in Quebec.

Worryingly, First Nation communities are now starting to be additionally impacted by the indirect effects of the tar sands industry. ACFN recently noticed an oily sheen in the Athabasca River, which likely was not the effect of leaked oil, but a byproduct of bluegreen algae. In their generations of living on this river, the community had never before experienced algae producing this effect. As ecosystems are altered, biodiversity is diminished, water temperatures are changed and sea levels rise, these ‘natural’ problems will be impacting Indigenous communities more and more.

Yet community resistance to the tar sands is building. The Healing Walk that took place in Alberta on 5th-6th July was an inspirational event for all those that went along, or watched the video from home. It shows that the resolve of communities to heal the land that they have been protecting for generations is only getting stronger. 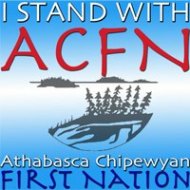 Community activists from Idle No More and Defenders of the Land have called for a ‘Sovereignty Summer’ to reassert First Nations’ right to self-determination after centuries of being mistreated by the Canadian and provincial governments. ACFN, and others, have now vowed to take action across the country, including blockading a highway to the tar sands, if it becomes necessary.